Okay, I know that “they” say there are no new story lines. I do not think that should be an excuse to then constantly remaking popular films. They were popular for a reason; they were good. Leave them alone.

My first major disappointment with a remake was Total Recall. Regardless of what one might think of his politics, and even his acting talents, Arnold Schwarzenegger was awesome in this. 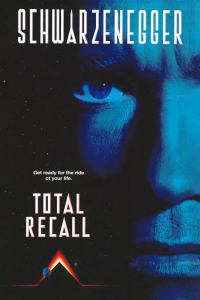 The original was fun, fast moving, and it had a sense of humor. DH2U and I watched the remake shortly after it came out on video.

It had more action, I’ll give it that, but it was action for action’s sake, not to drive the plot. I was bored. I should not be bored in an action film!

This whole rant was prompted by a series of sneak peak stills from the remake of Dirty Dancing. 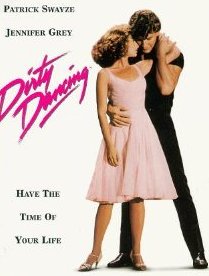 This will always be the only version for me.

They seem to be remaking it scene for scene. What is the point of that? Plus their Johnny is no Patrick Swayze, either in looks or in other-side-of-tracks-ness. And then Baby isn’t awkward enough. Okay, maybe I’m not being fair because the movie was so important to me in high school, but I don’t care. Don’t mess with perfection if you have nothing to add.

My rant up to now might lead readers to think that I believe all reboots are evil. This is definitely not the case. If they have something new to offer, I’m open to it. The new Star Trek series is an excellent example.

I was very partial to the television series (original and TNG) and even most of the later movies, but I was excited to see them give this a go. They changed the timeline! Now that is exciting. I loved how the characters were revealed. Although it was new, it very much had the “getting the band back together” feel to it.

Okay, Hollywood, I’m not one to simply complain and not offer alternatives. There are tons of bad movies out there. Ishtar, Showgirls, Howard the Duck, everything ever mocked by Mystery Science Theater 3000. Remake one of those and make it good. That would be worth the price of admission.

Am I alone with my view on remakes?