Yom Kippur was last week. This was the 14th year in which I have honored the holiday by reflecting on how far I’ve come and where I want to be. It is an intensely meaningful experience for me. 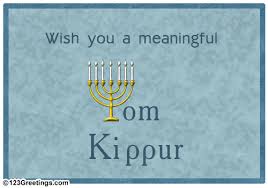 While it is not traditional, to me it honors the tradition and marks the day as holy.

In the Jewish faith, days start at sundown. I spend the evening reviewing the work I’ve done over the past years. I might have to amend that starting next year since just reading through it all and taking the time to contemplate it took nearly five hours this year.

Each year I pick up different things from the writings of Tammy Past. I’ve always been amazed at the shift in me when I started dancing. This year the “why” finally clicked – Before dance I’d never had my own sense of purpose. Until that point, I saw myself in terms of others (i.e. an Officer’s wife).

This was a much healthier alternative, and I grew into the role. As I’ve written about before, initially I was trying to hide in Kurt’s dance shadow. By the time of my final injury, my attitude was much more, “Oh, you’re still moving even when the attention is rightfully on me?” That arrogance was long fought for.

It is as if my personality could be described as BD and AD – Before and After Dance. BD – I was incredibly hard on myself for every perceived flaw, and I tended to focus on what I wasn’t. AD – I had value for who I was and what I could do. The transformation is loud and clear in my writings. While I remember how BD Tammy felt, those memories have no emotional force behind them. For that I am grateful.

Being Jewish is such an integral part of who I am. While I am not currently observant of most of the laws, this activity in particular renews my emotional ties to the faith and the community. Without it, this annual exercise probably never would have developed, and I would be missing out on an activity I deeply cherish.

Have you developed a tradition that holds great meaning to you? Or How often do you look back to see how far you’ve come?