Growing up, I had a few years in there where it seemed like my whole world got turned upside. Events outside of my control meant that everything I thought about how things worked weren’t true any more. One of the coping mechanisms I came up with was becoming an fervent rule follower. In my brain, if I followed the rules, everything would be okay.

This self-imposed rigidness was my safety net. It also became a straight jacket over time.

Recently I was listening to 37 Signals’ book Rework. One of their major points is “Decisions are temporary.” The little kid inside me got all tense at hearing that. I like the finality of making a decision. Once I decided, I can cross it off my list!!!! Thinking back, as a child I would have been overwhelmed by the knowledge that I could change my mind on major decisions.

While I intellectually understand that this is no longer a necessary (or productive) coping mechanism, it still pops up from time to time. In my entertainment choices, I find that I am still drawn to rule-based societies.  In watching the Gormenghast miniseries, I couldn’t understand why people seemed so stifled by the rules which dictated every moment of the king. He knew what to expect, and it was the price he would pay for being the ruler. It sounded like a fair trade to me!

The society outlined in The Giver was a utopia for me. Everyone was listened to, and the society’s elders weighed the needs of the community and the individual aptitudes of the children and presented them with their future careers at the age of 12. How wonderful is that!!!! They knew early on what they would be doing!  Can you tell that I’m still feeling overwhelmed by the career selection process?

The crazy thing is, even in dystopian novels (oh no, do other people view the Giver as dystopian?!?!?!), it’s not the control features that bothered me. I was so intrigued by Brave New World. Taking the occasional soma holiday could be a good thing! With 1984, the most disturbing element was not the neighbors spying on each other or the constant supervision, but rather the revising of history – so minor in the scope of things, but it touched on something sacred to me!

Despite all of this, one of my all-time most quoted film lines has to be “It’s more of a guideline than a rule.”  Also, my favorite movie lately has been an Indian film called the Three Idiots. 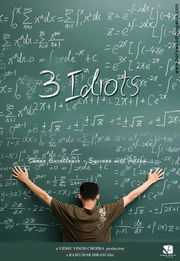 The moral of its story is do what you love regardless of society’s imposed rules.

Ironically, for me some of the best things that ever have happened to me was when I broke the rules, either cultural standards or my own self-imposed limitations. Flying to England with every intention to move there permanently (cat already in quarantine) on a tourist visa definitely violated the spirit – but not letter! – of the law. How I honor Yom Kippur is also very much outside the rules. In addition, I had a personal rule that I wouldn’t live with someone again (forged on the heels of bad experience), but having DH2U move in has definitely been one of my better decisions.

When those shadows of my former rule-loving self appear, I take pride in how far I’ve come and how much baggage I’ve shed.  It is very much like my old letterman’s jacket – they are great for nostalgia, but I’ve definitely outgrown the need for them both … although I’ve been known to try them on from time to time.

What has been your relationship with rules? or What former coping mechanisms have you been able to shed?