How have I not discussed books here since last December?!?!?! Let’s fix that right now.

In the past year I have read a series of books that I only got through (or at least past the 50 page mark) by reciting the mantra, “It is a product of its time.” Part of the reason I left my history grad school program was because I would have had to write revisionist history – imposing today’s values on people from a different era. I put my ability to recognize cultural context to use for Robert Heinlein and Ian Fleming.

As I’ve written about in the past, I love, love, love Stranger in a Strange Land by Heinlein. 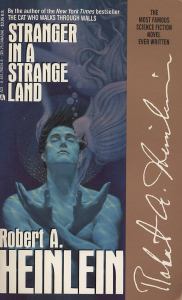 I wanted to read another book of Heinlein’s that was equally as good and not military sci-fi. I chose I Will Fear No Evil. 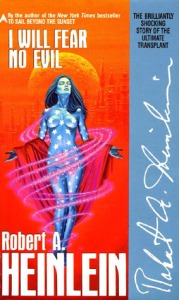 I chose poorly. The main character, an old, rich and powerful man has his brain transferred into a new body, which happened to be female. He went from powerful and decisive to conniving and sniveling and manipulative. While Strangers had strong women characters and full acceptance of omnisexuality, this book seemed to have been written by an earlier version of the same author, even though it was ten years later. I abandoned the book at the 100 page mark.

In a separate note but on the same theme, many of my friends have read the James Bond books, so I decided to give them a go. I started at the beginning with Casino Royal. 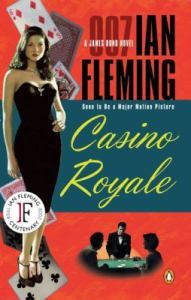 Holy Misogyny, Batman! Could he value the skills of female agents any less? Since the book is over 50 years old, I figure it is okay to give a spoiler. Skip to the next paragraph if you don’t want to know the plot twist. Here we go. The irony was not lost on me that James is only captured because he thought his female partner was rubbish at her job. She tricked you, 007.

Six months later, I was a glutton for more punishment and read Live and Let Die.

It was as if Ian Fleming was saying, “I’ll see your chauvinism, Casino Royale, and raise you racism.” That was a particularly shocking first chapter to come at from a modern perspective. It did get a lot better. Once the female characters reduced in number to one and she took on the damsel in distress role (and disappeared for 2/3 of the book) and Fleming got all the racist backstory out of his system, the book was rather enjoyable.

Is it just me, or have other people had to put up a protective “product of its time” shield to buffer the differences in mindset? I just realized I could have judged these books by their covers!