My local team is still in the playoffs, so there has been a lot of football being watched at my place. I’m actually watching the commercials, and even remembering what company they were for, because they have been incredibly clever. We are talking Superbowl ad type of quality. There was a great tax preparation ad, not to mention the incredibly creepy old spice ad with the moms stalking their sons. 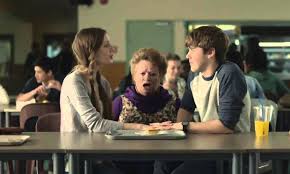 The ones I’ve enjoyed most have been the Bud Light ads with the tag line “It’s only weird if it doesn’t work.”My favorite of this series is the one about the man who eats a quinoa (which he pronounces “Queen – ah) burger because the last time he ate one – albeit accidentally – his team won.

The whole collection of commercials is so funny in the way it looks at the superstitions fans have about how they can affect the outcome of the game.

If anyone asked me if I were superstitious, I’d say no and might be lying a little. I am a firm believer in not tempting fate. If it only takes a minute or two to print out a form and bringing it with me in case the reader doesn’t work with my phone ap, I’ll print out the form. In my eyes it is better safe than sorry. While that sounds rational, at least a small part of me thinks that it is my bringing of the form that made the reader work.

I blame my grandma. She was the most superstitious person I’ve ever met.  If salt was ever spilled, over the shoulder it went. My favorite was if on our walks we each went a different way around a pole, she would pale a little, back up, and go around the pole on the same side I did saying “Bread and butter”. That one never made any sense to me, then again, I guess the throwing of salt doesn’t make much sense either.

But as the Bud Light slogan suggests, so long as it works it doesn’t have to make sense.

Would you consider yourself to be superstitious? or What has been your favorite ad lately?