Somehow I managed to never see an episode of Dr. Who until two years ago. I’d never even heard of The Doctor until I lived in England, and I’m not sure how I missed watching the show then with the Dr. Who Omnibus showing up all the time on the telly listings. My first doctor was Christopher Eccleston, and in my eyes, he will always be the best. 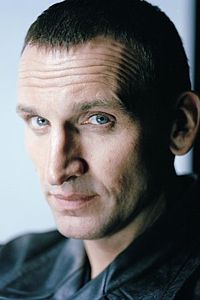 There has been a change with the last couple seasons that feels a lot like shark jumping. I’m displeased. Then again, I have been displeased ever since the latest Doctor took the reins. I must admit, however, that one of my all time favorite quotations from the series has come from the current Doctor: If I always told you the truth, I wouldn’t need you to trust me.

When I first heard that, it really bent my brain. How on earth can you trust someone who doesn’t tell you the truth? Both words come from the same origin!

My mind then switched to the concept of faith. Is trusting that something will happen different than having faith that it will? Not in my head. One line that is often said in Torah study is, “Faith is not the absence of doubt; it is in spite of it.”

Maybe that is why the Doctor Who quotation resonated with me, even if it was painful, a lot like the Tacoma Narrows Bridge.

Did everyone see that footage in high school science class? I’ve driven across this bridge, at least the latest version of it.

Going against reason (like believing what a known liar says) doesn’t make it wrong. Some of my most irrational decisions have been the best ones I’ve made. I have faith that things would work out positively, and I am normally right. It doesn’t always work out so well, but it does often enough for me to trust.

Who was your first doctor? or Are there any long running television shows that you have never seen? or Have you ever had faith/trusted that things would work out despite all the contrary evidence?

8 thoughts on “Truth versus Trust”